PSALM and of the Cluster Munition Coalition, a global network in some 100 countries working to end the suffering caused by cluster munitions, and the Convention on Cluster Munitions without delay. As we faces the COVID-19 pandemic together with the rest of the world, multilateral action to ensure a safe and secure public, and international solidarity is more important than ever. In these challenging times, the world needs good news. We are calling on the U.S. to step up its efforts to join the Convention on Cluster Munitions as soon as circumstances allow and to join the 108 States Parties this year at the Second Review Conference taking place November 23-27 in Lausanne, Switzerland.

This landmark meeting takes place ten years after the Convention came into force and is an opportunity for States Parties to assess progress made to date and establish a roadmap for the work ahead. Cluster munitions kill indiscriminately at the time of their use and long after the end of hostilities and as such are incompatible with the principles of International Humanitarian Law. Over 90% of recorded cluster munition victims are civilians.

CMC members, including PSALM/WVCBL have been busy advocating for states to join the Convention on Cluster Munitions, as we prepare for the Second Review Conference. A number of CMC actions were launched around the April 4th International Day for Mine Action and Mine Awareness including:

 CMC sent letters to all states not party to the Convention while national campaigns contacted their respective governments and/or relevant embassies urging states to join the Convention without delay.

PSALM students are romotely campaigning by sending postcards to members of the U.S. Congress seeking support for the Convention on Cluster Munitions and the Trump adminsitration’s back tracking on US landmine policies. 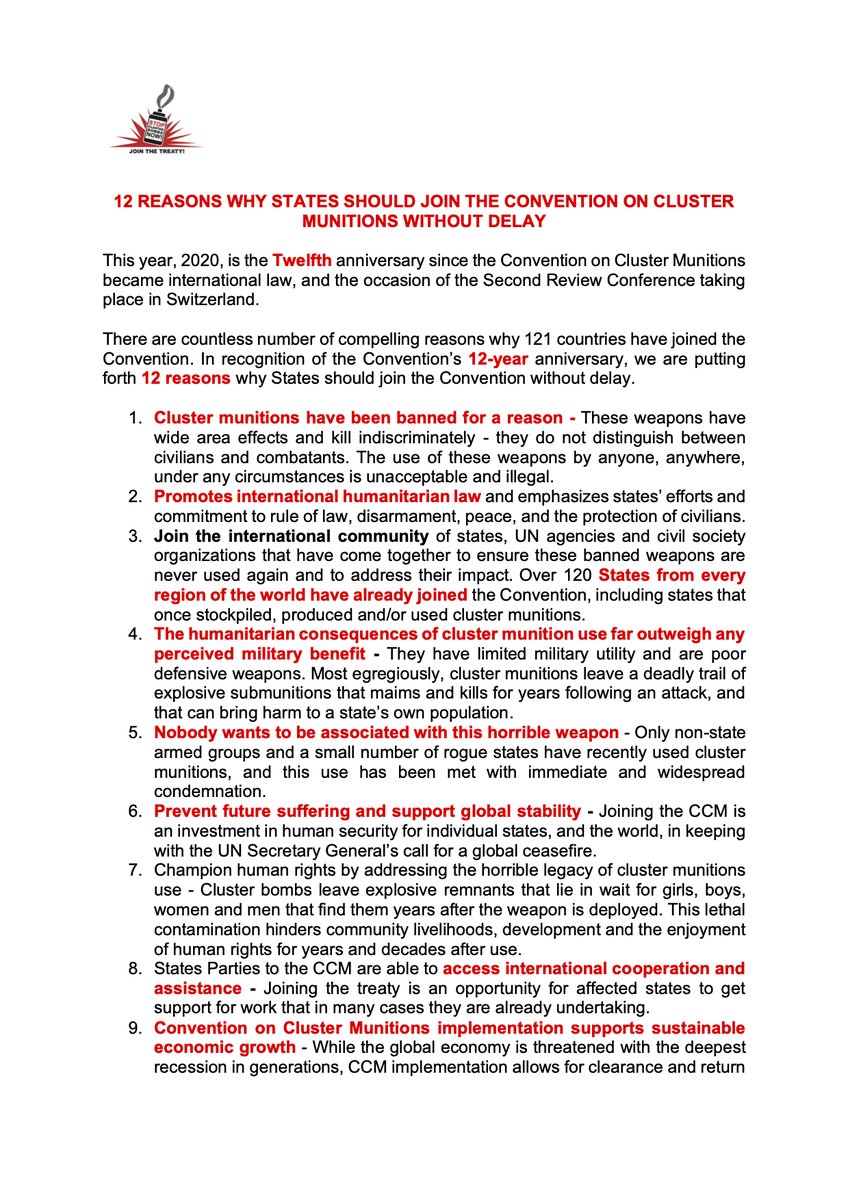