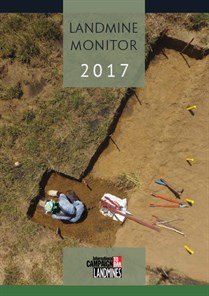 The 2017 report includes updates on the status of compliance to the Mine Ban Treaty, casualties related to landmines and explosive remnants of war, clearance of contaminated land, assistance to mine victims and financial support to mine action. The launch took place just prior to the Sixteenth Meeting of States Parties to the Mine Ban Treaty which was held in Vienna, Austria, from 18 to 21 December 2017. A briefing on key findings of the report was held for delegates present at the Sixteenth Meeting of States Parties in Vienna.

Journalists interested in receiving advanced copies of the report or in joining the virtual launch of the report can get in touch via email: media@icblcmc.org or telephone: +41 22 920 0320.